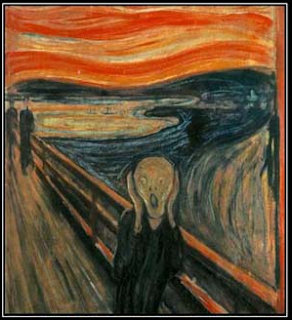 Fear – that most primeval of motivations, applies a subtle pressure to the way we live, the way we train and the way we live our lives. As martial artists and fighters, we should study fear, we should know it, learn from it, even embrace it, if we are to fulfil our potential.
Fear is the most powerful of foes and yet can be the most powerful of allies; it is a strange thing that most people live with daily, yet also know little about. It urges, it tethers, it whispers and sometimes it screams; but where does comes from and can it be harnessed?
These are questions that warriors are in the business of answering. The more often we put ourselves ‘on the line’, the closer we come to some level of mastery over our fear. It becomes less a thing that makes us run and more something we can see as an opportunity to learn and grow.
Fear is an old thing; an on-off switch that formed an integral part of our early ancestors hard-wiring. It was the basis of our most primitive survival mechanisms; something that prompted us to run when circumstances required and to fight harder when we had no other alternative. Fear is the fuel that drives the engine that resides in every single one of us; in which direction it drives us depends on circumstances and to some degree, how we have trained ourselves to respond. To harness our fear, it helps to understand what it is. In fact to master any thing, we first need to understand that thing.
The feeling we call fear begins with a release of hormones, the most well understood of which is called adrenaline. Sometimes this release is slow and subtle, giving rise to a gnawing feeling in our stomach. Over time, this kind of non-stop adrenal release can give rise to stress and even impact negatively on our health. At other times it is released in a torrent, causing tunnel vision, time distortion and a screaming desire to run as far and as fast as we can from the stimulus that bought it on. This latter symptom is often referred to as ‘flight or fight’.
The flight or fight response is well known; we perceive a threat, hormones are released into our bloodstream, blood vessels constrict, the heart-rate soars and in a second our body is driven by forces as old as mankind itself. This all makes perfect sense. Our early ancestors relied on this super-charging mechanism to provide them with the strength and focus to survive in times of great and sudden stress. In the simplest of terms, fear made us run faster if we could, or fight with more strength if we couldn’t. It depended more on the circumstances than anything else as to which way we reacted under pressure; and rarely our will power.
The unfortunate reality though, is the fact that although the ‘flight or fight’ response has been integral to our survival throughout our evolution, in many instances we are still governed by it today, even when it no longer serves a useful purpose. The most-subtle example of this is evidenced by the fact that most people do not like to venture too far from their comfort zones. The bottom line here is that we fear the unknown and this in itself, is the biggest hurdle to personal growth that human beings need to overcome. In the past, fear of the unknown probably kept many of our ancestors alive. If they didn’t know the plant they wouldn’t eat the plant; if they weren’t familiar with another tribe, they stayed away for fear of consequence. Now though, these self-same reactions hold people back from trying new foods and making new acquaintances. Old fears can often mean new shackles.
Sometimes though, the ancient hormonal reaction to danger (the adrenal dump) can save our lives. If the threat is ‘real and present’, then the rush of adrenaline can provide us with the focus and strength we need to prevail. Even this though, cannot be taken for granted. For those who havn’t experienced this regularly, the adrenal-response can also paralyse and cripple. Remember, our ancestors lived with these feelings, they were intimately familiar with them but in the course of our own everyday lives, most of us are not used to their effects and can be adversely effected by them. Luckily, a variety of training models exist that can help prepare today’s martial artists for the effects of sudden adrenal dump.
In short, fear can be a friend but it can also be our greatest foe. Pushing our boundaries, extending our comfort zones and taking risks can help acquaint us with fear and in time make it a friend. Understanding that at it’s basis it is just a chemical response to a specific set of circumstances and that we can interpret that response as ‘prime physiological preparation’, will go some of the way toward helping us harness our fear and ultimately prevail.
JBW 2008
Email Post