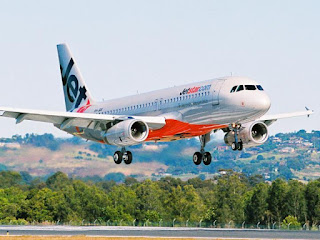 This is another AIRPORT Blog. Waiting for my flight home from Sydney - and, as seems 'par for the course' with Jetstar Airlines, the flight has been cancelled and is now leaving three hours later. Time to write a blog!
I have just finished a big weekend in Sydney - after flying up on friday and heading out to Bargo to teach for David a Jacqui Suker. Firstly, I have to thank my good friend Steve Perceval, who did the airport pick-up and driving. He also arranged my accomodation in Penrith (something he certainly doesn't have to do - but always does) - he is such a good friend and loyal student; I appreciate both his company and his help, every time I come to Sydney!
After we finished our session at Bargo, we sat down to the great home-cooked feast that Jacqui always prepares for us. Chicken, steaks, salads, fresh roast vegetables, etc. It is always such a pleasure to sit down and eat with the Sukers at their great facility in Bargo. These people are the salt of the earth!
After a short nights sleep, I was picked up again next morning by Steve and taken over to Luke Pezzutti's Lions Den in Kingsgrove. Luke, owner and operator of CFC (cage Fighting Championships) has been a long time student and black belt of mine. He has put a load of work into his CFC show - which is without doubt, the best in this art of the world.
After Luke's session, we headed back to Penrith, to Steve's Ultimate Fighting Arts Centre. There we went through some advanced escape principles and some attacks from my own 'secret stash'. All were sworn to secrecy!
Then we leapt into the car once again and headed into the city to Rick Spain's school. This Australian martial arts legend is a real favourite of mine. Constantly re-inventing himself and redefining his approach to the study of martial arts, Rick runs one of the best schools in Sydney. I had the pleasure and the privelage of being able to grade him to the rank of Brown Belt this visit. Congratulations Rick!!
The best candidate for the most 'enthusiastic student of the year' award, would have to be George Adams. I have rarely met anyone who was more excited about training than George. As someone who has suffered more than one life-threatening accident, he is in many ways, a real inspiration. George attended Steve's seminar and followed us over to Rick's for more. Afterward, he treated Steve and I to dinner at a Brazilian Churrascaria! Yum! Thanks George - that was awesome.
Another quick sleep and it was time to be picked up by my mate Richard Sargeant, (student of Steve Percevals') and taken over to Michael Scotts in Cambelltown. Michael has a mat full of fantastic students, all a pleasure to teach. I taught the basics of my new 'open guard' method - something that I have developed over the past two years. We had a blast.
I was then picked up by the always awesome Kathryn Hamblin and taken over to Fari Salievski's school in Liverpool. Fari was trying to make it back from England in time for the session but came directly from the airport just as the session was winding up. Sorry you couldn't make it Fari - all I can say is beware the anti-Fari techniques that I just taught your students! They loved it. I am sure you will too!
After saying a quick 'hello and goodbye' to my friend Fari - I spent several hours with Joe Ingrati at his school in Maroubra. We covered a load of my new MMA concepts and training ideas. I am sure that Joe's students will be in for some fantastic classes in the weeks and months to come.
Well - that was my weekend; I now have an hour or two to eat, answer some emails and finish writing this blog before I head back home to Geelong. Looking forward to the next weekend - when I will be spending time with my much missed family.
Have a great week,
best respect,
JBW
Email Post