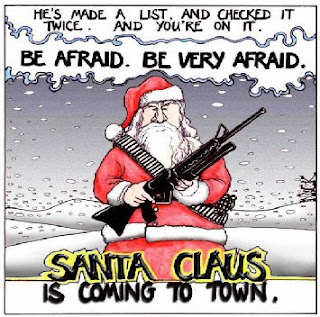 I just had an interesting 24 hours. Now I am not getting on my high-horse here - but I think this is worth saying. I found out several days ago, there were a couple of people here in Australia, distributing lists of ripped-off MMA and BJJ products via their e-mail database. I was more than a little concerned to discover that my BJJ Curriculum was on that list - and for sale (albeit without the manuals, etc) for a paltry $50.
It didn't take long for me to track down information on the two individuals doing this - and get in touch with them. After the dust settled, they both just paid me compensation for illegally copying and selling my materials - but they differed significantly in their follow-up e-mail responses.
One did the manly thing - admitted his mistake, apologized profusely and thanked me for allowing him the opportunity to settle this matter easily and quickly. For me it's not about the money - it's about the principle of the thing; so I will be magnanimous about the matter and even send him a 'original curriculum' in appreciation of his newfound view on the matter. The other guy (and also the worse offender - the one who is sending the list out to everyone and having them pass it on to their mates) although he paid me what I asked for, was less than apologetic. He was more concerned with telling me how bad his health was, how he 'didn't need this crap' - how 'some people out there were spoiling it for everyone' (I don't even know what that means) - what an idiot!
I almost hope he starts distributing his list again ...
This whole copywrite thing is a big, grey area. Most people don't give it a second thought - especially when it involves a blockbuster movie rip-off or a downloaded computer game, etc.
I look at it this way - if one caveman wanders over to another tribe, sees a better way to make fire - then he is entitled (even driven my the survival imperative) to go home and teach his own tribal members how to make fire. If however, he runs into the new camp - and steals their fire - (or bow, axe, etc) then that's way different. it gets even worse, when he steals their stuff and then goes a HUGE step further and sells it to other people for a profit. That I really cannot condone - in fact, I despise it.
If someone has a ripped off copy of one of my DVD's, and is using it for their personal use, I'm not as happy as I could be - but hey, I won't lose too much sleep either. But when someone steals my stuff, then aggressively sells it to others for profit - it's time to slide down the bat-pole, and head out into the night.
To end on a positive note - these people are in the minority. There are way more people who value the work and effort it takes into creating something beneficial and of great value - and who pay a reasonable price for that work. In my own case - I always pay.
In the past, I have to admit, I have tried some software on occasion that I have bought overseas somewhere - but if I like the program and find a use for it - I invariably go out and buy an original. People should be paid for their work. Once an idea is out of the bag - it kind of becomes public property - like making fire, or cooking rice - but I think each of us, in our won way, knows where to draw the line.
Have a great Christmas everyone - be well, stay safe ... enjoy the time with family and friends.
JBW
Email Post

Anonymous said…
John, I feel the same way. People work very hard to create good content and it is very frustrating when others with no right to the material take it and try to profit from it.
4:29 am