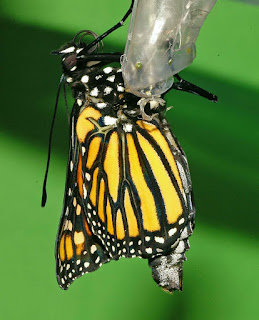 I must apologize for not being bale to blog of late. I have been away and in places too remote to get internet access. Arrived home today and getting into my usual routine as of tomorrow - today was spent with family and catching up on a swag of e-nails and other things that needed squaring away. getting back to my blog is the last thing on today's 'to do' list.

For those who have been following the news of late, you'll be aware of the devastating bush-fires that have decimated Victoria (the state I live in) of late. With nearly 200 people having been killed by the fires, this has been hailed as the country's worst ever natural disaster. Over seven hundred houses have been destroyed and a number of towns wiped from the face of the earth. A dark time.

Nearly a quarter of a century ago, lives were lost and towns destroyed by the so called Ash Wednesday fires in Victoria. I was living in Airey's Inlet at the time, and in fact, was one of the last people to leave the seaside township as the fires went through.
I will never forget the roaring sounds of exploding gas cylinders as I made my way through the smoke to my house to rescue my dog who was trapped in the yard. As I drove out of the town, I recall having to choose the path of least resistance over the many trees that had fallen down across the road. it was like a scene out of Dante's Inferno.

That day was both tragic and life-changing. Along with hundreds of other people, I was 'displaced' by that fire - and forced to restart my life somewhere else. For me, that provided new opportunities, that have ultimately, bought me to the life I live now. Who knows, what I would be doing had that event not kicked me out of my comfortable beach-side lifestyle.

I learned a very interesting thing after the Ash Wednesday fires - it became clear to me that many people only stay in relationships because of the 'material things' they co-possess. After that day, when people realized they had 'nothing' but the clothes on their backs - many, many decided that making a 'fresh start' mean't going their own way. I was astounded at how many 'couples' that seemed (on the surface) to be happy, decided to split once they were stripped of their material possessions.

Makes you think, doesn't it. If you owned absolutely nothing - no assets, no car, no house ... only the clothes you were wearing - would you remain in your current relationship? I think that there are more people that would answer 'no' to that question that what we instinctively think.

Starting over - after a natural disaster strikes - can (and should) mean starting over in every conceivable way. if you wanted to re-invent your life - that would be a perfect time to do so. It was for me - and I know it will be for many of the unfortunates who are suffering as a result of last weekend's disaster.
it is perhaps unfortunate that many of us need 'disaster' to strike before we realize we have within ourselves the potential to re-invent our lives. For we each do - every day, represents an opportunity to 'start over'. Think about the word EMERGENCY - for it often takes such a a thing for us to EMERGE anew.

Enough of that though - it's time for each of us here in Australia, who are fortunate enough to be reading this blog, to ask ourselves how we can help the victims of the bush-fires. We can donate money - or as I will be doing next monday, we can head the hospital and donate blood. Do something - no matter how small - to help if you can. A little from everyone will go a long way.

Anonymous said…
John glad you and yours are OK. Students at my school where asking about you last night. It was good to see your blog update.

Take care and look forward to seeing you in the summer/winter ;)

Anonymous said…
Hi John, I was waiting for another Blog from you..I love your adventures and most of the things you say are very profound. Like relationships based on "Materials" and people not realising how lucky they are until they lose everything cos everything was taken for granted. It is through harsh times that you see the true colours of true or fake mates. I look forward to attend your seminar in Perth coming March. Keep us updated on your adventures!