The Secret to Creativity 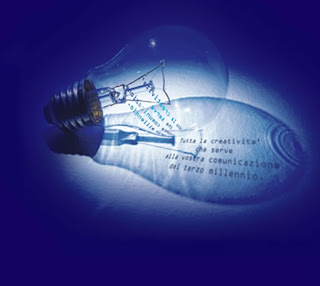 Creativity - in my view, this should be a compulsory subject in the public school system. Creativity allows us to solve problems, it is the driving force behind 'new invention', it allows us to change ourselves and the world around us.
Some people seem to be gifted with more creativity than others - does this mean that it is an inherited trait? or is it something we can develop and foster?
Like most secrets, I believe this one hides right out there in the open - too obvious for many to see. Children are highly creative, and many adults seem not be. it seems to me that creativity is something that we lose, not something that we gain. I think that we all start out as highly creative beings - and that many things, including the influences of the public school system, systematically crush it out of us as we grow into adulthood. Children start out in life, totally unafraid of making mistakes. As time goes by, and they are punished for making mistakes, they take the easiest route - and simply don't try things they are likely to fail at. This is the beginning of the end. For in my view, the secret to unleashing our creative potential, is to cultivate a mindset of experimentation - that is, we need to banish our fear of failure - in fact, we have to embrace failure, perhaps even to the point of recognizing that it can be fun to fail. Imagine the world we would live in if Thomas Edison was afraid of failing. He tried and explored thousands of possibilities in his attempt to invent the light globe - when asked how he felt abut his thousands of failures, he reportedly explained that 'They wern't failures; and that what he had actually done was successfully eliminated thousands of possible solutions - putting him closer to the eventual solution'. Here was a man who ebodies the evry essence of creativity. A willingness to 'fail' is childlike trait - it is also the secret to creativity.
JBW
Email Post

AnnT said…
Turn the page. If something falls through, turn the page. It's over with, get used to it, get on with it. Very simple. It's always worked for me. -Merv Griffin

You will do foolish things, but do them with enthusiasm. – Sidonie Gabrielle Colette aka Colette

You might have gathered, I value pithy, catchy, memorable quotes. These are the two your blog brought to mind.
3:09 pm