Control over our world 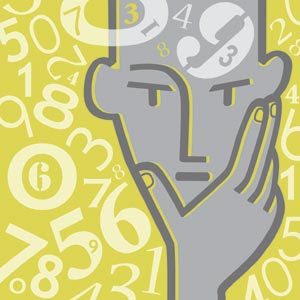 Some things I do very badly – like speaking French.
Some things I do just plain badly – like mathematics or eating without getting food on my shirt.
Some things I do with average skill – like driving my car or rockclimbing.
Some things I do with above-average skill – like flyfishing, navigating in the wilds – or writing (funny that – barely passed English at school) – or noticing things – and teaching. I enjoy the process of analysis, synthesis, distillation, organization and delivery of information to people who want it. I seem to have a knack for ‘cutting to the essential idea’ of a thing, breaking it down into digestible bits and finding novel and interesting ways of delivering it to people that produces real results in short time.
My sister, a high achieving psychologist, says that by any psychological standard I would be diagnosed as mildly sociopathic, with OCD tendencies – but that in my particular case, it seems to work.
Certainly, from my own perspective, it does seem to work. I enjoy my life and what I do for a living. I really enjoy working to develop my teaching skills – in fact, it is probably one of my favourite pastimes. Part of the reason I enjoy it so much is because it irks me to see others endeavouring to achieve things in ways I know to be less than efficient. My wife concurs with my sister in that she says I am a little OCD at times. Perhaps she is right – although it may be worth mentioning that she also wishes I was OCD with regard to taking out the garbage on Wednesday nights … or is it Thursdays?
But from where does my enjoyment arise? Well, I’ve thought about this, and it seems to me that I have what my sister would probably describe as ‘a mosaic of minor control issues’. But I see nothing wrong with that – I do like to exert control over my future, my world, the things around me and, whether right or wrong, I like to help other people have more ‘control’ in their own lives and more ‘power’ over their own sets of circumstances. After all – who doesn’t want more control?
In fact, I think that the facility to gain ‘control’ over our environment – and our future – is the greatest achievement mankind has ever made. The development of the frontal lobe of the human brain has only happened in the last two million years or so. It accounts for the fact that our brains now are nearly three times larger than what they were back in the days of Homo Habilis. What does this new architecture do? Simple – it allows us to think about the future – to ‘imagine’ things ahead of time. Why do we want to ‘look into our future’ – so we can make predictions about it – and why do we want to do that? – simpler still – so we can have a measure of Control over how the future plays out.
In my view, many people take up martial arts training because they want (sometimes obviously - sometimes so deeply within themselves that they are unaware of it) more control over their physical world. The physical world, as it turns out, is inhabited by other people who also want to feel they are in ‘control’ – and some of those people, even want control over YOU – and some of them, want physical control over you! Martial arts training is a very effective way of wrenching some of that control back from others; and this, in a basic and fundamental way, leaves us feeling we have more control over the physical world we live in.
As youngsters, before we can even fathom that there is a future (to exert control over) we tips things over, throw things around and make strange noises. When our mothers reacted to these things, we simply loved it – why – because we ‘caused things to happen – we exerted control’ on the external world.
I love seeing people become more and more empowered through their martial arts training. I love seeing people gain more control over their physical worlds –but I love, even more, seeing people gain control over their internal worlds – but more on that later.
Be well,
JBW
Email Post