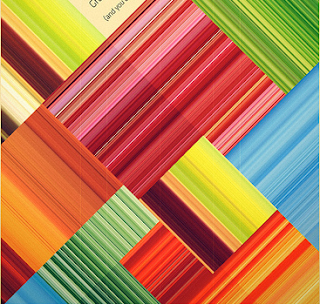 I am very big on design - I always have been.
In the martial arts community - with regards to curriculum - the design elements leave much to be desired. Over the course of my martial arts related travels (quite extensive these past 30 years), I have seen hundreds of training curricula, and it is very apparent to me that most of them suffer significantly from a lack of design.

Originally, in the case of most of the functional combative arts, the curriculum emerged from the actual fighting. In other words, the things that worked, were the things that were taught. Naturally it followed, that the things that were most easily brought into play during actual combat, were also the things that were taught first. These fundamental things (in combat) were countered by those with a greater degree of experience and so were further evolved or added-to - and so the curricula grew in an organic and natural fashion. Such was the case with arts such as boxing, fencing, Muay Thai and many of the folkloric grappling styles.
Over time, many of these arts began to impact upon each other and a process of fusion and hybridization began to complicate things. Thousands of new arts have evolved over the centuries and the associated curricula have become increasingly complex and in many cases (if not most) not apparently functional. It often seems to me that modern-day martial arts curricula have been constructed with little or no thought at all; often pieced together from bits of 'this and that', and added to each time something new and exciting comes along - the result, an incongruent mess that leaves not only the student, but the instructor in a state of mild confusion.

Now I enjoy a bit of chaos as much as the next person; and on the surface of things, particularly when it comes to combat, it seems that 'chaos' is in integral part of the fabric of things. But seriously, chaotic and unorganized instruction is the last thing a student needs. Organization - is a key element to ordered and effective learning. The order in which skills are taught can greatly effect the outcomes we achieve as instructors; in fact, skill acquisition can be as dependent on the order and timing of lessons as it is on the content of those lessons.

I am often employed to design specific curricula for various agencies and martial arts schools; sometimes I am asked to design a syllabus for a specific rank (in the case of a martial arts school) or a specific task (in the case of law enforcement or military) - this is a job I take very seriously and one that I put a lot of thought into. Increasingly, it has become a significant part of what I do for a living; and as I am being paid for this work, I find myself doing more and more study and learning on the concept of design and ordered process. And is is always the case - the more we look - the more we see and the more amazed we become at the complexity of things. Sometime the simplest of things (on the surface) have a depth and complexity to them that is simply astounding.
Learn on ...
JBW
Email Post