The Struggle of Combat demands our attention 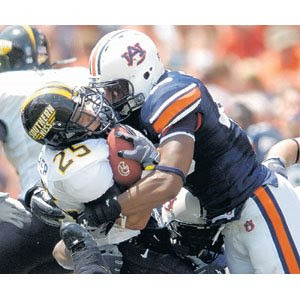 All animals have a sense of purpose about them – humans are no exception. We are more alive – more true to our natures – when we are ‘fully engaged’. I believe that this is one of the reasons why people become ‘healthily’ addicted to the martial arts – and BJJ in particular. When we are engaged in struggle with our opponent, there is no doubt that we become more ‘fully engaged’ in what we are doing, than we are in the larger part of our daily life. There is no ‘engagement’ quite like, the engagement that results from a fight for your life.
Although we are not really fighting for our lives when we hit the mat for practice – we are nonetheless, fully focused in a similar kind of way. When we are grappling, musings about tomorrow and rememberances of yesterday rarely come into play. We remain (largely) in the moment … but how much so?
Now, one of the hallmarks of the truly good grappler, is that he or she becomes more fully and completely ‘engaged’ in the moment than others. Here’s an example: A beginner is engaged in the problem of passing the guard, it is likely that this beginner is ‘looking ahead’ to where he or she wants to be – and is perhaps not as fully ‘in the now’ as the more experienced grappler. The more experienced grappler is not so much concerned with what may or may not eventuate ten seconds from now, he or she is concerned with what is actually happening right NOW – in this very moment. The same thing can be said of ‘thinking about the past’. The beginner is likely to have thoughts like ‘how did that heppen’, or ‘oh, I just got swept – on no – how bad is that!’ – whereas the more experienced grappler, as they are being swept is thinking more ‘in the monent’ and is reacting appropriately and establishing his or her own guard or recovery. Thinking about the past, or thinking about the future is a result of having the extra hardware our brain has developed over the past millennia – this extra hardware has a name – the pre-frontal cortex. This is great as a survival mechanism when used to live, learn and survive in the world we live in – but not great for moment-by-moment calculation during the heat of action. Animals tend do better in those situations – lacking the marvellous abilities the pre-frontal cortex affords we humans.
A cat doesn’t winge and complain about you grabbing one of it’s legs – it just goes at you with the other three – and it’s teeth. Humans on the other hand, tend to complain and go through internal dialogue that says stuff like – you shouldn’t be able to control my leg – why did I make that mistake – oh, no, it looks like he will pass my guard ….. instead of just allowing us to react with those resources we have left to us. Being ‘in the moment’ is a much more primal way of thinking – and it is a way of ‘being’ that that keeps us focussed on the task and problems of the moment; a useful mode to be in when we are in a state of ‘action’.
JBW
Email Post

jim said…
Hi John, enjoying the struggle on the mat and knowing that it isn't life or death is really important. On the mat you don't win or lose you just learn. when you become comfortable with that concept, i think it becomes easier to fully engage yourself in the moment.
3:54 pm

Anonymous said…
John, I have been following your blogs and sometimes post comments as annonymous with a surprise that you respond to it. I am very glad you did. I recently have a problem which I need guidance for and would like to ask some from you. I have been very competive on the mat and when I read your article on not wining or losing on the mat to build a safety net, I tried it and it has made me progressed, however recently members in my club has been noticing my progression and are getting overly competitive which makes me overly competive too to the point where it is not healthy. I really think I should just let them win the next time just to make them happy although I can beat them easily, just so that they can keep their ego. Most of them are Students a level or two above me. Its really getting to me and just recently our Sensei's is having trouble with his old man not feeling too well..so he wanted me to take the class...and all those people I mentioned earlier didn't turn up...maybe they think they are better than I am..but I am trying to not let it get to me but its not working so far. I have decided to teach them a lesson next time they come and just punish them...Do you think this course of action is wise or is my ego in the way of me progressing? Now I feel that losing on the mat makes them think they are better than I am and although I know it is destructive I still do it. Should I back down or should I do what my ego say and make the mat an unhealthy competitive place?

JBW said…
Jst,
my advice is to forget about either beating the other students, or letting them win - you need to create a culture of EXCHANGE. Sometimes you win, but share how you did it with them. Wehn they beat you or do something, compliment them in it - and get them to show you how they did it. create this kind of culture - it needs to be FUN,FUN,FUn and more FUN. otherwise people will stop training, and you will have no partners to roll with.
best wishes
John
12:03 pm