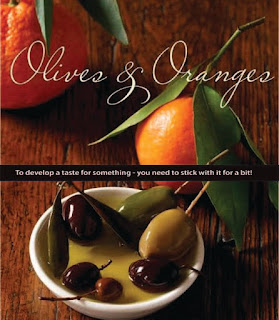 The first person to eat an olive (or an octopus for that matter) probably didn’t like it. So why did they continue eating such things until they developed a taste for them. It is my belief that the early olive-eaters did so because they had little choice if there was little to eat but olives and octopuses, then the luxury of choice wouldn’t have lured them to eat other things. If on the other hand, there were oranges, watermelons, mango’s or other delicious things on hand – I think the olive would have been put on the back-burner for a while. I think exactly the same forces are at play on the modern day martial arts landscape.
Twenty-five years ago, there was very little information available – particularly about BJJ. So the few techniques that we did get hold of, we drilled and drilled until we developed a ‘taste’ for them. Nowadays there is such an over-abundance of techniques that it is very easy to jump from one to the next and never really ‘develop’ a particular technique to it’s full potential. We are living in a world full of mango’s, oranges and watermelons – the humble olive can easily be overlooked.
Clearly, the point I am trying to make is that if we have difficulty (at first) at making a new technique or idea work – then we should perhaps stick at it for a bit before we just walk away and seek out something more palatable. Sure, try the mango, take a bite from that watermelon – but don’t forget to invest a little time in developing a taste for that humble olive. You might need it one day.
Best wishes
JBW
Email Post

Andy said…
Love the reminder John. I often get a bit ahead of myself, usually liking the look of some fancy technique and distracting me from what I really should be working on or consolidating first.

Great to hear Ronin's continuing to recover at a ridiculous rate.

JBW said…
Andy
when I first came back from Brazil in the late eightie's - I had a dozen or so techniques to work on; nothing to distract me, no books, dvd's, certainly no YouTube - as a consequence, I drilled the crap out of those techniques, because they were all I had. When I next visited Brazil, everyone was surprised at how much I had improved, despite the fact that I hadn't had regular instruction. The same sort of dynamic stayed in play fort me during the many subsequent visits I made to train with the MAchado Brothers and as a result, I learned many things about mechanics, leverage and use of weight, that I may not have learned had I been working on hundreds of techniques.
JBW
9:56 pm