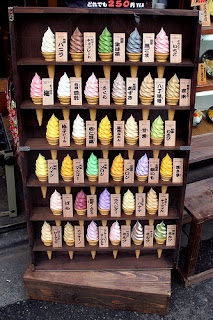 I was in Canberra earlier this year, giving a talk over breakfast to fifty odd movers and shakers. I feel privileged to have been asked back to talk at the AIS (Australian Institute of Sport) to deliver the talk again to the team of Australian Olympic coaches. One of the fifteen odd topics I covered was the idea of ‘pulling the trigger’, taking action vs procrastination. This, along with all of the other life-lessons I chatted about, was gleaned long ago from my martial arts practise.
One of the problems that martial artists can face during real-life confrontation is that of having to make decisions under stressful circumstances that rarely exist in the training environment. Knowing what to do and flipping that internal switch that allows us to take action are two very different things. This is a phenomenon that can influence our lives both on and off the mat. Consider the amount of people who pay good money to attend a property investment seminar or the like yet fail to take action afterward. One may read all the books, know all the right things but at the end of the day, action needs to be taken if we are to reap a result. Taking action, or pulling the trigger can be harder to do that what we would like to think. In the martial arts environment for instance, especially the traditional martial arts environment, students are often trained to NOT do anything until they are commanded to do so; in the real world this can translate into a ‘stall’ at a critical juncture, when taking action may have saved the day.
Another problem we have today is that of having 'too much' choice. I like to cite the Baskin and Robbins experience. I contend that having thirty-two flavours of ice-cream to choose from does not necessarily enhance my ice-cream buying experience. It’s not too hard to imagine that after pondering over the vast array of choices, it may sometimes seem easier to walk out and go buy an apple instead. And then there’s the increased opportunity for greater regret that too much choice offers. Eventually you make a choice, and buy yourself a cone of pistachio; but a hundred metres down the road, the pistachio devoured, you wonder if the rum and raisin might have been the better choice.
This manifests on the mat in the form of 'having too many technical solutions' to a given problem. A 'game' should be developed systemically; meaning that we have a 'go to' move/technique for any given situation and other moves/options that we practice flow/evolve from the opponents reactions/response to our initial move. Many people fall into the trap of collecting too many techniques for a single 'given situation' - rather then one well-suited response, backed-up by other techniques that are all dependant on the opponents reaction. I have probably over-explained the obvious - but there it is ... I hope it helps. Sometimes, 'less' is better.
Best wishes
JBW
Email Post

SkinnyD said…
This one totally hit home...especially the pulling the trigger comment. I am one of those who has read all the books and knows what to do, but for some reason has taken a long time to pull the trigger. As a person with lots of ideas, I've actually found that BJJ training has helped me find the willpower to pull the trigger and turn ideas into reality.
5:45 am

JBW said…
Thanks Daniel
not pulling the trigger is mostly a symptom arising out of fear - fear of the unknown - an ancient survival imperative. Don't go talk to that strange tribe - they may eat me - don't eat that strange plant it may poison me - but nowadays, the unknown is less liekly to kill us .. so I say, GIVE IT A CRACK. Pull the trigger - see what happens.
Thanks again Daniel - train smart
JBW
1:02 pm

Anonymous said…
OK JBW - I'm going to go for gold. I'm giving it a crack. Pulling the trigger. But still pooping myself! I know it's the fear how do you use it in a positive way? Probably as one of the oldest white belt females I know (40+) just starting the sport was an achievement. For me anyway. Any advice?
9:45 pm

JBW said…
My advice to you is to realise and understand that there is nothing but upside for trying. Kudos to you for stepping into the BJJ arena - just that is an achievement. Revel in this person you are ... so very many are not like you. They stay safe - they settle! Life is simply too short. Put things in perspective - you are one organism on a planet supporting many billions of organisms, in a galaxy that has billions of planets - and there are billions of planets - you have lived half of your life already - why would you ever consider doing anything else but sucking every scrap of joy and adventure from the time that remains to you. Go for it!
JBW
10:28 pm