The evolution of a technique 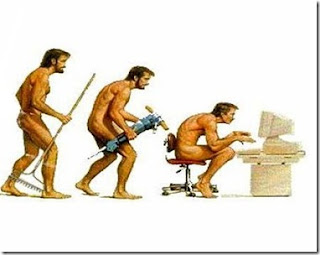 Techniques evolve over time, for the same reasons that anything evolves, as a result of how well it performs in a given environment. In short, if it keeps working, it stays the same; if not, it changes, evolves or it gets dropped from the menu.
All that is pretty straight forward – it goes like this: a technique is thrown onto the mat - someone starts executing it on everyone – some people begin to develop counters to it – and now, if the person trying the technique wants to keep doing it, they need to modify it and develop ‘work-arounds’ for the counters – we have evolution. Simple.
But now for the not so obvious …
Most people think that the final ‘evolution’ of a technique is the best one – after all, the best athlete is doing it ‘that way’ so shouldn’t we do the same? The answer to this question is more often than not – no! But why …?
The final evolution of a technique is usually one that addresses the latest (and very specific) counter-measures that our class-mates have developed as a response to our efforts; mostly though, the most basic ‘model’ of the technique is all that is needed against the majority of opponents – in fact, the most basic ‘model’ of the technique may be even more suited to ‘usual’ circumstances than the latest evolution of itself. Quite often, things can evolve to become ‘highly specific’ – and by this I mean ‘too specific’ for general use. Food for thought
JBW
Email Post