Eyes on the prize! 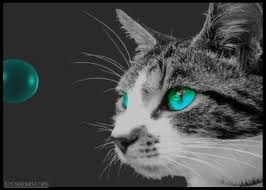 To quote a favorite maxim of my Uncle … ‘When in doubt …. Attack!’
Don’t read too much into this – I am just mentioning it to attract your attention. It is though, somewhat relevant to what I want to talk about today; and that is the original idea behind the development of BJJ – and that is – to incapacitate the opponent.
Now, there’s no doubt that organized competition has impacted hugely on how BJJ has evolved over time; especially so during the past three decades. But, as with all things, for every ‘pro’ there is a corresponding ‘con’. The downside of competition (although in my view the positives well and truly outweigh the negatives) is that people can begin to rely more and more heavily on strategy to win matches, and possibly lose sight of the original concept – which is, to repeat myself, to incapacitate an opponent.
I was fortunate indeed, that I received all of my foundational training and most of my subsequent training from the Machado brothers; most of whom placed the focus on winning by submission, as opposed to a ‘points victory’ – or more flimsy still, a victory by advantage.
The idea – at the end of the day – is to control our opponent and then ‘submit’ him/her. Let’s not lose sight of the prize!
It is, it seems, human nature to lose sight of the prize. We work to make money, to improve our lifestyles and better enjoy the time we have on this planet - but how many people become absorbed and owned by their work - and make the accumulation of wealth their reason for living?
There's on old story that goes something like this:
' There was a man who used to love to go fishing with his son. One day a wealthy entreprenuer bumped into him and began to advise him as to how he could use his talent for fishing to make a lot of money. He explained that he could become a professional fisherman - and after a year or two he would have enough money to buy several more boats and then would be able to employ others to help him catch even more fish. A few more years of hard work, he explained, and he would have earned enough to buy a fleet of fishing boats; he could then control the whole fish export market of his region. A little more work and he could buy the markets and he would become the wealthiest man around.
But the fisherman then asked him 'So what ... what would that give me? What could I do then?'
The man replied 'Well, then you would have the time to do whatever you liked. You could go fishing with your son ... whenever you wanted!'
The fisherman shook his head and simply replied 'But that's what I am doing right now! No thanks!'
And walked off down the beach with his son.

A nice parable about how easy it is to lose sight of the prize.
Best wishes all
JBW

SenseiMattKlein said…
So true John! As I get older, I am starting to see the prize is not more money, but more time.
10:44 am

Gayan Jayasinghe said…
you have done great work....we all love it. Good luck

SEO said…
your article is so relevant, i enjoyed it while reading. thanks for sharing.
Wallpaper Download
12:23 am

SEO said…
your article is so relevant, i enjoyed it while reading. thanks for sharing.
Wallpaper Download
12:26 am

Mostafizur Rahman said…
Very nice blog, nice post. Want more nice post.You can definitely see your
skills within the work you write. The world hopes for more passionate writers
like you who aren’t afraid to mention how they believe.Good luck.