Another lap around the sun ... 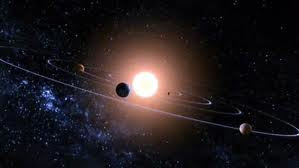 Another year - another lap around the sun. I am sitting in my chair, in my house, with my family - waiting out the last hour before we watch the midnight fireworks. I am also aware that my home is squared away in a nice part of Geelong - in the state of Victoria, in the southern part of the continent known as Australia. Australia, I also realise, is a great part of this spinning globe we call 'earth'; itself taking up the third orbital path around the sun we call sol. Sol, so I am told by those who understand better than I - is a relatively small and typical solar body, residing in the outer reaches of a Galaxy we call the Milky Way, that contains 200 billion odd other suns. Our Galaxy, is only one of hundreds of billions of galaxies in this reality we call the universe - and quantum physicists will tell you that a strong possibility exists, that for all practical (or impractical) purposes, there may well be an infinite number of universes. When I was a youngster, my father painted a dymaxion skymap of the world on our lounge room wall - he was always one for seeing the 'big picture' I guess. I like to think that I inherited some small part of his very interesting way of looking at the world and the way in which he lived his life in it. Each of us have an unknown amount of time left to live, love and adventure on this small spinning marble before we shuffle off at journey's end. I wish you all the happiest and most fulfilling of adventures. Don't be hypnotized by the mundane - go hard. JBW
Email Post