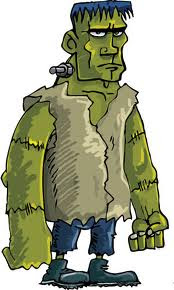 This is an old-school concept – that so very often, is missing on many a martial arts mat. I do see it’s opposite every now and then; some higher rank ‘munter’, who is all about himself, and who doesn’t spare a thought about his training partner. To compound matters, our overly self-involved munter is also likely to be found paying only cursory interest (seemingly under sufferance) to what the instructor is talking about – presumably because he doesn’t want his peers and lesser mortals to think that he could possibly learn something new – as of course, he has seen it all before. Most schools have had the odd munter in their midst at one time or another – but usually, the munter (such a good word) doesn't last long and leaves for other pastures – pastures where he is given the respect he is due. But every now and then, the munter sticks around and achieves high rank – usually because there is some kind of pay-off for him; and this is when it turns into a bit of a problem. It is a problem for three main reasons; firstly, because he doesn't care about others, he injures others who are there to learn, grow and improve – sometimes causing them to seek other pastures. Bad! Secondly, he sets a bad example; a bad ‘tone’ that other, more malleable students may start to emulate; one bad apple can spoil a whole box-full. And thirdly, he can place an unwarranted level of demand on the teacher; who can be fooled into giving the munter extra attention thereby taking his focus away from the more-deserving students. I have a simple strategy for dealing with munterism; I ignore them. If they demonstrate a corrosive effect on the class or the culture of the school – which they usually do – I ask them to leave. Get rid of one munter and the students, the culture and the school will flourish. The higher the munter’s rank; the more important it becomes to deal with him. I always advise school-owners to cull their student-base of all munters; and then sit back and watch the school grow! JBW
Email Post

Shayne said…
Great post John. The "after affects" of waiting too long can last a long time. Do it early. If we dont, we give them credibility and that creates more "munters".
11:23 am