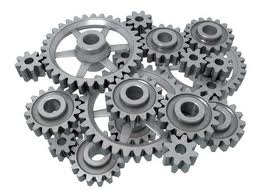 A group of people, overly populated with self-interested people, with not ‘cohere’ – and without coherence, no great developments are likely to occur.

Most mats (gyms or martial arts schools) have their fare share of ‘free riders’. By free-rider, I mean that type of individual that is so overly concerned with himself that he cannot, even temporarily, morph into the type of training partner who will benefit and help others. I have had to put up with these sorts of people on my own mat, and when they have eventually been asked to leave, or have left of their own accord, the mat culture breathes a sigh of relief.
Everyone begins their martial arts journey out of ‘self interest’, but eventually (sooner rather the later hopefully) they realize they are part of a ‘tribe’; a tribe of people all seeking similar goals. The more each member of the tribe tries to help his or her fellow members, the more the tribe collectively achieves. At the end of the day, growth and development is a collaborative effort – even in an individualistic activity like combat.
Bing the best possible partner we can be for our class-mates – will ultimately raise their level and ours right alongside them. As the old saying goes – ‘a rising tide lifts all boats.’
JBW
Email Post