Mosquito in a mansion 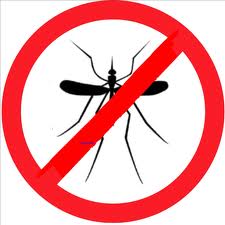 I have chatted to quite a few people these past couple of weeks who have found themselves upset by something someone else has said about them. We live in a hyper-connected world - where social media offers a new level of leverage to someone with something to say.

But let's put things into perspective ...

Most people don't have anything to say about people who are not a threat to them in some way, shape or form. One of the saddest things about the human condition, is that people are very often driven to comment negatively about others simply because they are jealous of them. It's a basic truth. People who need attention do NOT like others getting attention. They see attention as some kind of precious resource - that if given lavishly to someone else, leaves less of it for themselves. So the more successful you become - expect to see heads popping up here and there, condemning you on the way you are living your life. It's simply a fact of life ....

We can't do much about what others have to say - but we can easily put it into the perspective it often deserves. When someone has something negative to say about you - think of them as a mosquito in a mansion. Do not give them the power to disturb your evening - let alone your life. The mosquito needs to live of the lifeblood of others ... I get it ... but you should also understand that your life is a luxurious mansion consisting of many rooms - and though a mosquito has flown in through one open window in one particular room, in one remote corner of your mansion - it needn't effect you at all.

As your mansion grows larger - you can expect the odd mosquito to fly in through the odd window - you cannot defend the whole thing. But hey ... it is what it is ... and that's all it is!
Live well.
JBW
Email Post

Other writings come to mind from your piece John. And I paraphrase from memory...

"So you have enemies? Good. That means you have stood up for something you believe in." I think Winston Churchill but I may be wrong.

"It is not the critic who counts..." That's from Theodore Roosevelte.
5:58 am

Liam H Wandi said…
We are all one. When I am annoyed by someone expressing their jealousy, it also teaches me something about myself.

When I see a mosquito now a days, I don't try to go after it. Unless it's sucking my blood, I let it be.

Anonymous said…
I have been struggling with this for ages, people getting me down, thanks for the advice
9:32 pm

Anonymous said…
I have been struggling with this for ages, people getting me down, thanks for the advice
9:33 pm