Effort does not guarantee success ... 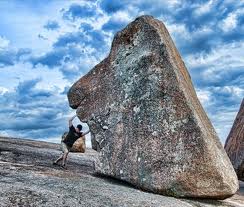 I'll tell you something that I used to think was true - but now I know to be untrue. And it is this: the harder we try, or the greater effort we put into doing something, the better result we will get. I now know that this is not necessarily true. Consider someone who does not know how to swim; imagine them floundering around in the ocean in an effort to save themselves from drowning; there would be no denying the fact that they would be applying a maximum effort to their fruitless campaign. But what output do they get for their efforts; especially when we compare their result to that of a competent swimmer? Effort is no guarantee of output.
We see evidence of this everywhere; in the fitness industry, we see countless examples of people putting in huge effort and getting small results, or even bad results (injury). We also see it on the martial arts landscape; many pele put in years or even decades of hard and sustained effort, with very little result to show for their commitment. It isn't the amounts of effort that counts; it's the right kind of effort, pointed in the right direction that achieves results. This is an important part of a real teachers job; to steer people in a direction where their efforts gives them the results they are looking for.  In short, effort needs to be tactical in nature. It has to be laser-focussed. It needs to be the right kind of effort. JBW
Email Post