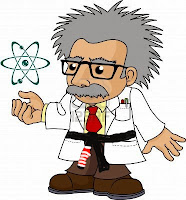 I was once asked ‘what’s in a belt?’ – I flippantly answered ‘mostly cotton’. It is though, a question worth answering with a little more consideration, as it can represent so very much, or so very little depending on the school, style, mat culture, etc. So here is my take on what it means from my particular perspective. A Black Belt represents a certain level of excellence; a departure from mediocrity, if you like. In some ways it really only denotes a commitment to a longer and deeper journey. In Brazilian Jiu Jitsu, the Black Belt is referred to as Professor. The term Professor (literally: one who professes) refers to someone who openly professes a deep knowledge of his or her given subject. I don’t mind such a definition, as it goes directly to the heart of the matter – and that is, a Professor (Black Belt) should know his or her subject matter. Knowing the subject matter, really understanding it – is the first step in being able to teach or instruct others. I doubt you could ever find a history professor who didn’t know the basic facts surrounding ‘the battle of Hastings’ or ‘the fall of the roman empire’, etc- and so we should apply the same set of standards (in my view) to the martial arts. A BJJ professor should have some basic knowledge of a wide range of subjects, positions, guard-styles, defenses/escapes, Armbars, Kimura’s, Omoplata’s, Crucifix, leg attacks, takedowns, etc; if he or she doesn’t, they fall below a long-established standard.


A seventy year-old Black Belt might not have the physical dexterity, reflexes or fitness of a thirty year old, but he or she should most definitely make up for that deficit in terms of knowledge and understanding. And this again, goes to the heart of the matter – and that is ‘knowledge and understanding’. I have much, much more to say on the matter ... but this suffices as a start. JBW
Email Post