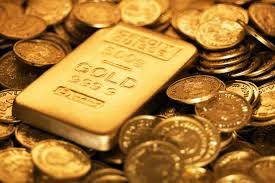 There are many who will read this post and will be simply unable to relate. I am going to talk about a time when there was no such thing called the internet (yep youngsters - it’s true! Such a time did exist - and it wasn’t all that long ago). It wasn’t a better time or a worse time - it was just a different time.

In the 80’s, there was no internet - in fact, there were no DVD’s! A small collection of martial arts books and a handful of magazines were the only sources of information to those wanting to explore the larger landscaper of the martial arts world. Back then, you had to work for six months to save enough money to leave our shores and train overseas; it wasn’t easy. Travel was harder, money was more scarce; and information about where to train, was practically unavailable. it was a different time; a time of trial and error.

I started my own magazine back in the 80’s - if you live in Australasia, you will know it as Blitz Magazine. The very first copy was written on a commodore 64, the pictures were taken with with actual film, and the bromides (copies of those pics) were glued into position, ready for printing with a gel called ‘Clag’. Travelling to Indonesia, Thailand, India, Japan and Brazil was a difficult task that cost all of my savings and left me penniless after each and every training trip.

But here is the point I want to make - because it was so difficult, I placed great value on those things that I learned. My first training trip overseas to learn BJJ in 1986 saw me return home with less than a dozen techniques - but I prized those techniques and drilled them endlessly. They were valuable to me because they cost so much to obtain - in time, effort and money.

Nowadays, any of us can just leap online, scour Youtube and extract techniques and ideas at virtually zero expense. That is absolutely fantastic - what a great world we live in! But remember this - it is very, very easy to scour endlessly and leap from technique to technique without very really mastering much or any of them. More does not always equate to better. So choose wisely, and drill down. Recognize the ‘gold’ when you see it. You don’t have to look too far! JBW
Email Post