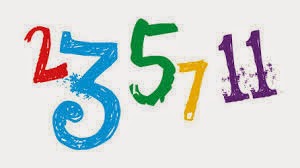 Our gaze is often drawn to that certain group of people who have ‘celebrity status’ … to those who have risen to prominence through one means or another. There are those who actively seek out fame and notoriety for it’s own sake … perhaps this is an innate ‘survival imperative’ that harks back to tribal society - the bigger your reputation the more ‘power’ you had within the tribe - and the greater chance of survival. Note here; that I am not judging - more power to the ‘seekers of fame’ I say - although I do make a distinction between that kind of person that seeks notoriety for it’s own sake - and those who become well-known for what they have achieved or contributed to society; such people, I call Prime Movers.
Prime Movers make things happen; sometimes for altruistic reasons, sometimes for personal reasons - and very often for mix of both. The Australian martial arts landscape has been shaped to a large degree by prime movers like Richard Norton﻿, Tino Ceberano﻿, Stan Longinidis﻿, Elvis Sinosic﻿, Sam Greco, Ziggy Kelovicz, William Cheung, Rick Spain﻿, Bob Jones, Jack Rozinsky, Frank Nowak, John Taylor and many other greats that I no doubt will have omitted. Although it's not considered good ettitquette to 'judge' - I do - as I am also fully prepared top be judged myself. And I judge a persons notoriety as worthwhile or unworth-while by how they have contributed to the landscape. There are those 'out there' who are notorious but have contributed nothing - there are those who have not sought notoriety yet have become well known becasue they have made great and lasting contributions - to those excellent men - and women - I say 'kudos' - and thank you! JBW
Email Post