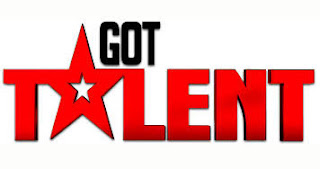 As a professional instructor with over three decades of experience; I can say with a high degree of certainty that ‘innate talent’ is both ‘rare’ and ‘over-rated’. I met hundreds of people who have thought they were far more talented than what they actually were; I have seen many hundreds of people, who having no natural talent to speak of, became highly talented over the course of their training. Personally, I don’t rate so-called ‘natural talent’ very highly. I have come across quite a few people who seemed imbued with natural athleticism and an ability to learn quickly and effectively but many, many (perhaps the majority) of them didn’t have the ‘stick-at-it-ness’ that is a prerequisite for true success.


Many so-called ‘naturals’ seem to be very enthusiastic in the early learning stages; and as long as their skill-acquisition is on a steep upward trend they are fine; when things ‘plateau out’ though, or they hit a ‘rough patch’ they fall away or begin looking for the next thing they can apply their ‘natural talent’ to. Rather than natural talent – as a professional instructor, I much prefer dogged adherence to the training regime. Give me someone with a strong work ethic and determination over someone with ‘natural talent’ any day! - JBW
Email Post