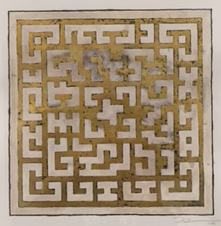 Each of us is shaped.
Through the course of our lives, most of us are exposed to hundreds, thousands, even tens of thousands of other human beings - each one adding something to the incredible mosaic that underpins who we are.
Our parents are the first to leave their mark upon us - along with our siblings; and so we are ‘roughed out’ and given shape enough to make our way into the world. It is then, as we walk among others, we begin to take a pro-active role in choosing those we spend our time with. Sometimes by chance, others times by choice, we meet people who have a deep, profound and lasting effect on who we are; on how we see the world, on how we distinguish ourselves from others.
In my own case, I can think of many people who have left their mark on me; who contributed significantly to the person I am today … but only a small few who shifted my world view; whose influence was profound and dramatic. I have just recently re-connected with someone who influenced me in my early twenties; someone who inspired, educated and amazed me at every turn. I feel so privileged to have spent so much time in his company; I can ‘feel’ , more than ‘remember’ , how strongly I wanted to be like him, when I grew up. This particular person came to visit me when I was in hospital last week; and I came to the realisation that perhaps my early ‘aspirations’ had actually come to pass … his wife (a beautiful and highly talented human being) commented that we were like two peas in a pod - I have to admit, unknowingly, she had given me one of the best compliments I have ever had.  For those of us who have the privilege of meeting and spending time with such ‘shapers’ - take the time to let them know how meaningful they are to you. Life is short - stuff gets in the way. But such people ‘deserve’ to know.


Simon Buttonshaw - you are a man apart. Thank you for being you. Much love -  JBW
Email Post