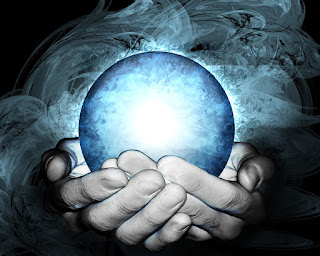 Over the past thirty years, I have been credited with having a pretty good crystal ball, when it came to making predictions about the martial arts landscape.

I don’t think this is actually true. My actions, make it look like I had a crystal ball; but in all honesty, even though my own choices were clear and very easy to make, I always had serious reservations as to whether others would feel the same way.

In 1984, I felt that Australia needed a martial arts magazine that, without bias, inspired and explored … I was surprised that others agreed and bought enough copies to keep me fed for three years. I

In 1985, I felt that a ‘mixture’ of stand-up, striking, takedowns and submissions were the way to go … but very surprised that others agreed and took up the cross-training/MMA approach.

In 1986, I felt that BJJ provided a piece of the fight puzzle that the majority of martial artists were happy to ignore …. but very surprised when many others  began training in the art in the latter half of the 90’s.

In 1992, as a purple belt, I watched the first UFC and thought, this is definitely a milestone in martial arts development … but again, surprised that over the decade to follow, that so many would enthusiastically embrace the holistic approach that MMA offered.

In 1997, when I was awarded my BJJ black belt, I knew with certainty that I would teach this art, not as an adjunct to what I was already doing, but as an art in it’s own right … but was surprised again, the over the next two decades, it arguably evolved into the fastest growing martial arts style on the planet.

I was, it seems in retrospect, happy to follow my own instinct when it came to my crystal-ball gazing - but uncertain as to whether others would see and feel about things the same way as I did.