The face we present to the world ... 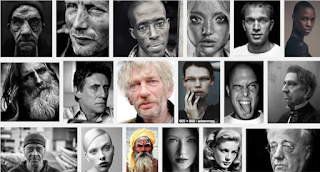 The face we present to the world …

I cannot help but admire those people whose confidence-needle is permanently stuck on the red-line and who are bursting at the seams with self-belief and positivity. Such people, usually get stuff done; they fail big, but they win big … wringing the juice out of life is their natural state of being.

There is a fine line though, between the kind of person I have just described and the full-blown narcissist who delights in trash-talking, putting others down and who can never seem to keep their ego under wraps even when the situation calls for just that.

I am even more impressed though, by people with a beautifully honed skill or deep knowledge of a given subject, yet who walk the world wrapped in a blanket of humility. Such people respect the talents and opinions of others, are usually at peace with themselves and ultimately, (I am fairly certain) find themselves living happier and more contented lives than most.

This rare breed of human being serves as an excellent role model for others who also want to succeed, prevail and find their place in the world. I have met people like this - and when I think of them, I cannot help but be humbled.