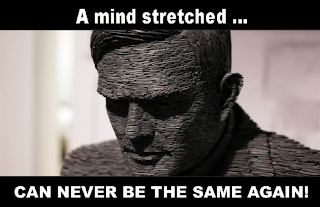 Someone once said ‘A mind stretched by a new idea never gains it’s original shape’.

I love diving into a new training idea. Over the past thirty years of BJJ training, I have had the pleasure of doing so, many, many times.

I recall with fondness, being guided down many a rabbit-hole …Crucifix, Half-guard, Spider-guard, Omoplata, ect, etc. Quite often, it was my second or third excursion that ultimately revealed just how far a particular rabbit-hole went.

My first introduction to the world of leg locks was through my coach Rigan Machado, who back in 1993, was preparing to compete in both the National and World Sambo Championships. We spent a couple of months working on various entries, transitions and combinations of leg-bars, foot-locks and heel-hooks. It was early on in my BJJ training; I was a purple belt at the time.

Recently I have taken another excursion down that particular rabbit-hole; this time with the help of Reilly Bodycomb, a Sambo and BJJ instructor who specialises in the ‘leg’ game. And again, the trip was both fun and enlightening.

As a young martial artist, I was never satisfied with ‘status quo’ that traditional martial arts offered. I always craved more; I always wondered what was over the next rise, what was just around the corner, what others were doing in strange and foreign lands.

I think that we are explorers at heart. Almost every one of us, at least when we were kids, couldn’t help but wonder what was over that hill, around that corner, etc. Sadly though, for many, life gets in the way and our old explorer hat get’s lost amidst a pile of bills, and the stresses of day-to-day work.

Training, at least for me, takes me once again into that magical world of uncertainty and discovery. What’s not to love about that?