Not sure about that … 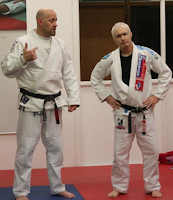 “An angel (that only I could see) told me … to tell you (stuff that only I can hear) … so you better rally in behind me (because this is not going as well as I thought it would) … oh, and of course the world is flat, and only 6000 years old and trust me (you’re going to love this) when you die, you go to a party in the sky and will be re-united with your long dead pet … it’s going to be awesome!”

Even though I have been thirsty at times - I refuse to drink the cool-aid!

Skepticism is not disrespect - it is simply a manifestation of an innate desire to know a little more … we want evidence and we like to think we make decisions based on reason.

We (at least in my case) are not taught to be skeptical in the modern school system. I think it should be a class; right along with a class on ‘organisation’, ‘communication’, ‘creative problem solving’ , etc.

Within the martial arts sphere, skepticism plays an important role. So many (perhaps even the majority) of instructors, are selling self defence solutions that would very likely fail miserably under the scrutiny of real world pressures.

A healthy skepticism is important if we are to do well in life. Remember, an important distinction to make is the distinction between fact and opinion. We are, after all, largely programmed by cultural, familial and environmental factors. So although my ‘soul’ is comprised of hundreds of thousands of tiny robots - I do have the ability to design some robots of my very own. Think about it.