Simplification of the complex 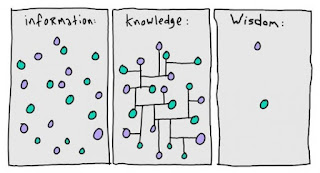 I have said it before, and i'll say it again now; it was the simplicity of BJJ that initially captured my attention but it as been the complexity and nuance that has kept me invested in the longer term (over three decades at the point of this offering). In short, the simplicity got me there but the complexity kept me there.

For a year or two now, my focus has shifted; I have a clearer purpose and am applying my attention toward a new project; and essentially it is this ... to simplify the complex.

There are a plethora of different themes we might attend to in our BJJ development. The ever-increasing variety of Guard-styles, the many different styles of attacks; omoplata's, the crucifix, back-taking and attacks, leg controls and attacks, kimura's & americana's, loop-chokes, the triangle family (triangles, anaconda's, darce's and kata gatame chokes), pre-clinch takedowns (shoots), post-grip takedowns (throws), escapes, guard retention concepts, the list goes on, and on, and on. We might also break the art up into it's various positions ... side control, mount, knee-ride, etc - there is certainly no shortage of projects or ways in which we might allocate our attention.

Think of any one of these aforementioned themes - and it should occur to us that each sprang from an initial idea - or 'seed' (root) concept. At one time, for example, there was a seed or fundamental half-guard, ashi-garami or triangle choke concept - to name a few examples. The seed idea of a theme is usually a very robust idea ... logically it must be so, for it to survive long enough to evolve in both complexity and nuance.

Sometimes, the seed idea has already been beautifully and elegantly designed - I have also come to realise that in many instances, the seed idea can be improved upon or even more elegantly organised over it's original form. The process of simplification, paradoxically, is a complex one; to reduce an endlessly growing puzzle back into an easily-manageable idea or two, is largely about drawing a distinction between the core ideas of a thing and the endless variations that may blossom forth from that idea.

Once an idea has developed to the point of producing dozens of iterations of itself, it can be very difficult to identify exactly how it began in the first place. This can make for a somewhat confusing landscape - the more elements on that landscape and the more difficult things become. Simplifying the complex … is a very interesting and worthwhile task. And so the work continues … exciting times. - JBW
Email Post