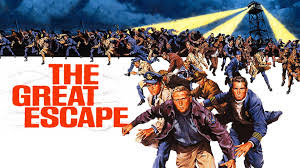 Escapes and defence build confidence.
Anyone who has been rolling/fighting long enough, knows this to be a truth.

If we hone our abilities to extricate ourselves from difficult situations, paradoxically, this allows us to be more ‘attack-oriented’ than we otherwise would be. The greater our ability to escape from bad positions, the more likely we are to attempt submissions, because there is less downside should we fail. The trapeze artist with a large net under him doesn’t worry about trying the ‘triple’ - he knows he’s safe if he fails. Take the net away, and never expect to see anyone attempt anything but the most conservative tricks. In the world of the trapeze artist - the net provides the confidence - in BJJ, our ability to escape and defend provides the confidence.

Working escapes is the ‘less sexy’ side of BJJ. Attacks, sweeps and the latest ‘shiny winning moves’ have a definite appeal - but the development of ‘other side of the coin’ - escapes and defence  - pays, in many ways, bigger dividends. Here are a few core ideas, relating to escapes and defence:

A common ‘old school’ practise was what we call ‘in the hole’ training. Put ourselves in the bad position with a partner, work our defense/escape. Repeat with a ‘fresh’ partner - then again with the original partner, for a predetermine time/round. This old drill requires groups of three people - but is very good for developing our BJJ immune system.

One of the huge pay-offs for engaging in challenging activities is that we become more robust. The development of a strong immune system comes through exposure to challenge; so rather than always avoiding difficulty - we should spend some of our time, actively seeking it out.