Leglocks- where for art thou? 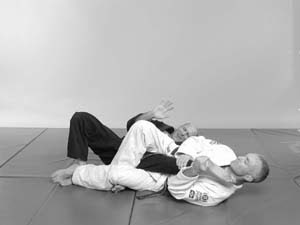 I was on the mat late last year with Rigan Machado and one of my brown belts. One of the transitions we were working happened to dovetail straight into a good footlock opportunity. My brown belt baulked a little at this, because as it happens, he was not familiar with that particular footlock; in fact, he admitted to not having training in them much at all.

Initially, I was kind of surprised; as I have all of my students familiarise themselves thoroughly with our syllabus as a priority, before they embark on journeys down any of the hundreds of convoluted paths that grappling/BJJ can take you. In our syllabus though, leg and foot attacks are in the brown belt syllabus – and although most blue and purple belts have been introduced to them, they are not a priority until one is fairly well-rounded.

I am always wary of white and blue belts becoming too obsessed with foot and leglocks. The reason is simple: during the first few years of training, I am all about control - learning how to control an opponent through superior understanding of leverage and mechanics and learning how to obtain a position of control and then keep it. To put it simply; encouraging students to jump for footlocks and legbars does little to encourage the habit of ‘getting control’. It also does little to promote good guard-passing skills; which in themselves, teach us lots about control and ‘process’.

You will probably have noticed that the Japanese sub fighters (especially prior to BJJ) had their focus in this order:
- leglocks
- armbars
- chokes

Brazilian Jiu Jitsu fighters on the other hand, were almost the other way around:
- chokes
- armbars
- leglocks

The reason is kind of obvious; the Brazilian fighters were about establishing upper body control on the opponent before going after the finish; whilst the Japanese fighters were more ‘target/opportunity’ oriented – looking to leap for a chance to finish rather than going for the control. When ‘target oriented’, the biggest most obvious targets are the legs (hard to hide) – so it makes sense to go after them, before arms, and after arms , before necks. So there it is – what do you want to develop? If control is something you want, I advise putting leg and footlocks on hold until you are into your third year of training.