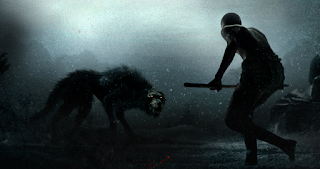 The warrior mindset is an interesting topic.
It has been said, by ancient Greek Philosopher, Hermaclitus, that in every battle, out of each 100 men, 10 shouldn't be there, 80 are basically targets, 9 are ready to fight but only 1 has a true warrior mindset; and it is he, that will bring the survivors home.
How can you tell the warrior mind, from the rest of the population? Well, when the bullets are flying, or the violence kicks off, most people will leave the scene as fast as their turbo-charged, adrenal driven bodies can carry them, leaving unwanted body mass behind in their wake. But every now and then, up crops an individual that behaves differently - he still experiences fear and anxiety but instead, he runs twoard the danger. This is the action of a person with the warrior mindset.
Most of the world is populated by people who are like sheep. And I mean no disrespect to those people - in fact, that is what makes the world basically a good place to be. They bump into each other now and then, but for the most part, they would not and do not wish to inflict any harm on anyone.
But for every flock of 100 sheep there exists a wolf! This wolf thinks and acts differently. It will prey on sheep without a second thought - and do so with no hesitation and no mercy. So who keeps the balance - why arn't those sheep eventually all eaten. Well, I beleive that for every 100 sheep, there is also 1 sheepdog. This is someone who does not tolerate the wolf. He would never hurt a sheep - but he will do everything in his power to stop the wolf. He is the bane of the wolf. He has something that the 100 sheep do not have - he has the warrior mindset.
Without such people - the world would be a paradise for the wolves and a hell for the sheep.
The warrior keeps the balance.
As a trainer/coach/instructor/teacher, I am faced with somewhat of a dilemna. In training people to fight and do it well, am I just creating more wolves? I do not think I am - I train highly competent sheepdogs - but what differentiates them from the wolves? Discipline, respect and honor. These are things that I instill in all my students - if I neglect this part of my job, I am just producing more wolves. The world needs no more of those - it needs more sheepdogs.