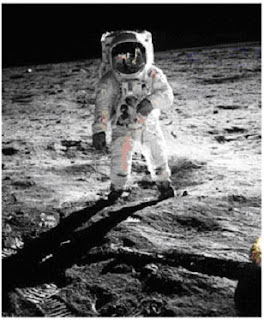 The following excerpt is taken from my new book ‘fear & the engine’ and highlights one context in which ‘being first’ can afford favourable results. But whether we use this principle as a strategic measure within the realm of inter-personal conflict or whether we bring it into the broader landscape of our daily lives, it remains a powerful concept. There is something about ‘being first’ that lifts our collective spirit; first to climb that peak, ride that wave, run that time, swim that channel, win that title or step onto that moon – a first is a first for the person who did it, but it’s also a first for mankind. I am sure that 100,000 years ago, when a hunter left the safety and comfort of the hearth to bring back the first fresh kill in the spring – he felt a sense of pride and achievement that lifted not only himself but the mood and spirit of the entire tribe.
Being first is more often than not about ‘noticing’; about seeing opportunities before others do. This concept lies at the very heart of what competition is all about. In my view it is the healthiest aspect of competition – it is about being connected to the world in a way that allows view ourselves as an integral part of an infinitely larger dynamic. Be engaged – observe – notice – and act …

Excerpt from ROGUE BLACK BELT: Fear & the Engine
‘There’s a lot to be said for being first. One of the biggest differences between ordinary people and extraordinarily successful people is that the latter often have a talent for identifying opportunities a little earlier than the bulk of the population. This principle can be applied equally well to buying real estate, trading shares or getting in the first shot in a fight. Being first-in affords massive advantages."

My main objective at the time was to put the offender onto the ground; thereby lessening his chances of making a successful getaway amid the minor chaos that usually followed. The first couple of times, I initiated with a full body-weight head-butt. No-one expects this and if delivered properly, can put the opponent down first time. Knowing this was going to be my strategy, I took to wearing a beanie (knitted hat) with a small handkerchief under it; as this took some of the sting out of it for me. Now, the key to hitting first is to make full use of the element of surprise; and if the opponent is not expecting such an attack, it is surprising at how effective the pre-emptive strike can be. Invariably, down they went. After month or so, and half a dozen stings under my belt, I decided to experiment with that first shot a little bit. I tried initiating with kicks, usually to the inside of the perp’s lead leg; this more often than not had the effect of spreading their legs so wide that they fell flat on their faces; and if not, at least set me up for a clean right cross. It also saved hurting my head on pointy Javanese teeth. One of the things I learned quickly about this tactic though, was that I needed to step out wide before throwing that first low kick. If I didn’t, and the perp’s feet were close together, I ran the risk of my toes connecting with the shin of his other leg. In stepping offline before throwing that kick, I was assured of connecting with only one of his legs, and left with the option of a shot to the side of his jaw with my right hand. Hitting the side of the jaw is a good way to avoid bad, and often dangerous, lacerations to the knuckles; the side is clean, the side is safe!
But putting an unsuspecting opponent down wasn’t the problem; the biggest problem that I had was with the cavalry. Sometimes these events occurred indoors, and so there was no line of sight between my back-up and the ‘arrest event’. A couple of times I had to yell for help; and it seemed like minutes passed before my team would arrive; I am sure this was not the case, but when the adrenaline is pumping, time distortion is something you have to regularly deal with.
So plenty of arrests were made and meanwhile, I developed some small insight into the effectiveness of the pre-emptive-shot strategy. My new job had made me a few new friends, but it had also made me a few new enemies; and not all of them were on the bad-guy team.”

Interested in more? Then grab a copy of my new book from: The ROGUE BLACK BELT Site
Email Post