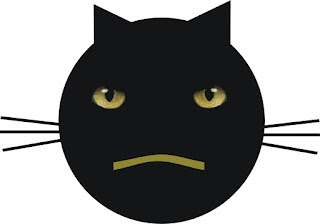 It’s amazing how easy it is to induce an adrenal response in someone by simply shouting in their face. Most martial artists, because of the sanctity of the dojo, do not experience the rush of the adrenal dump. One of the most common types of assault that people fall victim to is ‘verbal assault’. When an antagonist invades our personal space and begins screaming expletives inches from our face, traditional martial arts training provides very few answers. Under such conditions, most untrained people (including martial artists) lapse into a ‘deer in the headlights’ response. This narrowing of perception, increase in heart-rate, etc, are caused by the adrenal (or fear) response. If a large part of the reason we take up the practice of martial arts is to develop skills with which to deal with assault, then some scenario-based assault training is absolutely mandatory. By including some role-playing (the mugger-victim scenario) into our training we can effectively prepare ourselves for the real-world assault. Get in each others faces, yell and scream a bit. Kill your own ‘fraidy cat’ today.
Train for realism.
JBW
Email Post

Anonymous said…
Very Good points John, just recently I was on the recieving end of a road rage incident (that luckily didn't esculate) where for the first 3 seconds my instinct was exactly how you described it "deer in the lights". Luckily, I snapped out of that pretty fast and was able to diffuse the situation without having to resort to "Aggressive Negotiations". The guy was younger, stronger and fitter and I was also carrying a rib injury. Of course I already had my game plan in motion after the intial shock (double leg take down onto tarmac, taking his back for the choke) but I didn't have to execute it because the situation diffused itself.

I believe the negotiation phase of a fight is probably the most critical and least taught phase by many clubs. Being able to diffuse a situation is just as effective as choking someone out.

For me I've found the following useful:
- Look directly at the person and speak calmily to the person
- Get in my casual fight stance without making it look like I'm going to fight.
- Take in my surroundings, including distance to the person.
- Never "negotiate" at very close distance (you get tunnel vision and don't become aware of the bigger picture)
- Maintain outside stiking distance where possible during "negotiation".
Daniel
12:49 pm