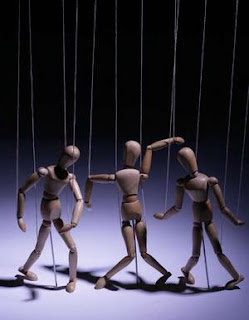 Dancing to the tune of popular opinion is something I have never done.
I suppose at one time, as a mildly disturbed youth, I did rebel for rebellions sake alone. Now though, my departure from the mainstream is a result of being in strong disagreement with the direction that the larger portion of society seems to be taking.
As children, and perhaps to some degree as adults, we are strongly influenced by the opinions and actions of others. Again, I hark back to our ancient genetic hardwiring that says if we are ‘familiar’ to the tribe, then we are accepted into the tribe and the chances of our survival are greatly improved. Ten thousand years ago, if we were outcast from the tribe, an imminent death would be the most likely result. And still today, we have powerful forces at work within that tell us to walk in the same direction that all the others are walking; we feel the need to speak the same, dress the same, undergo the same rituals … be like everyone else.
I just can’t do it. I’ve tried. It hurts!
In looking around at the world today, it becomes clear to me that I cannot accept the norm. Particularly, when I notice that the norm is: hard work for little pay, bad diet, obesity, illness, divorce, tooth decay and early death. I don’t mean to sound morbid – but seriously, who in their right mid, would choose to live such a ‘normal’ existence? Not this ‘upstart’.
I cut the puppet strings long ago. I still refuse to dance to the tune of society’s opinion and am happier, healthier, wealthier and more fulfilled for it.
JBW 2007
Email Post