Predator or prey - how do we play? 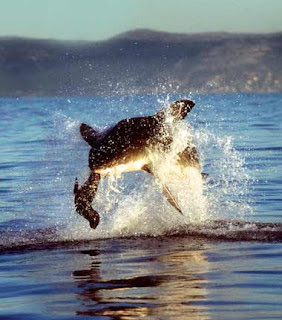 The natural world is rife with play. Interestingly, it has been shown that the way that animals engage in play, is a direct reflection of the roles they play in the predator/prey relationship. For example, lions engage in a type of play that teaches them how to run down another animal and wrestle it to the ground; whereas, at the other end of the spectrum, the young antelope engage in play that build s evasive skills, which later in life will help them avoid being chased and killed by the lions. It seems that most animals play in a way that prepares them best for the rigors of natural existence. Are we, as humans, any different?
Grappling is a version of rough-play that can prepare us for struggle in the complicated and highly competitive world we live in. To know and understand struggle, leverage, defeat, domination, fear, courage, experimentation - is to arm ourselves for the living of life. In our lives we all wear the masks of both predator and prey. I don't mean this in a negative sense - but in it's purest sense. Think on how you play - play well - and play often.
JBW
Email Post