Innovation and the better result 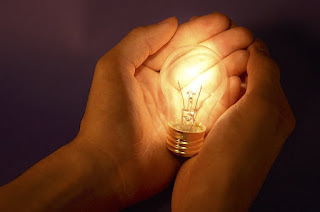 There are great advantages in being isolated. In many respects, most of us are isolated in one way or the other. Countries like Australia and New Zealand are geographically isolated from the rest of the world; but likewise a rural town in heartland America, can also be viewed as being isolated from the trends that are born and grow out of the larger cities. In my opinion, the biggest advantage of ‘isolation’ is that it forces us to innovate, create and seek out solutions for ourselves.
On my various travels, people often comment that they feel isolated or ‘out of the loop’. I always reply the same way – this forces them to think for themselves; if they don’t have a high ranking, experienced coach or instructor ‘on tap’, they can often make up for it by actively and intently trying to solve problems for themselves. In many instances, such people come up with very novel and interesting ideas. We all have a tremendous capacity for ‘innovation’ and it seems that we tend to tap into this potential more often when we are ‘isolated’.
The kinds of people who re-invent themselves on a regular basis are the same kinds of people who come up with ‘new’ and innovative ideas. Innovation, sadly, flies in the face of the majority of people. New ideas are not as readily accepted as one would think they aught to be. The reason for this is that most people are ‘emotionally invested’ in the status quo. This is why ‘traditions’ endure so well. New ideas are also often treated with a fair amount of scepticism by the masses because most people are addicted to those things that have ‘worked’ for them to date. In other words, there is a ‘survival imperative’ that says ‘stay with what is familiar’. In times past, the ‘unknown’ would have often led to injury or death. The people we had lived with, the food we ate, the places we lived in; all these things were known and comfortable and played their parts in our survival. To visit new people, to try new foods, to migrate to lands could very well have led to our early demise. And so, the survival credo, ‘whatever works for us today – repeat tomorrow’.
The problem with that credo is evident; it holds us back from growth, new discovery and innovation. In times past, migration to new lands or the eating of new foods was almost certainly driven by necessity rather than by choice. The food ran out for one reason or another, and we moved on to newer pastures; where we came across other tribes, new technologies or new ideas. The same mechanism is still in play today. Most people stay with those things that are familiar to them, way beyond the point where those things remain beneficial to them. Familiarity usurps the need for functionality; change and innovation are left to the few who have less need for the security of the familiar.
Innovation is desperately needed in the martial arts landscape. In other industries, innovation is often driven by the competition that comes with business and money; but the martial arts industry is really more of a ‘cottage industry’ when compared to such things as ‘medicine’, ‘architecture’ or ‘engineering’. Innovation in the martial arts landscape is not so much driven by necessity, as it was during our evolution as a species, as it is by the odd individual with a tendency toward the creative. Innovative training ideas, programs, marketing concepts, technical advancements and teaching strategies all play their part in the changing martial arts scene. Some of these innovations filter through to the wider community faster than others; and as they do, they pass through the seemingly inevitable stages of, ridicule, debate and finally, widespread acceptance. Such is the teething process that most new ideas must endure before ‘coming of age’.
For myself, the creative process is deeply interwoven into most of my work. Problem solving and creative design, particularly with regard to training and teaching strategies, is a big part of how I earn my income. For myself, the key is in always looking out, testing and probing for a better way to do the things I do. It’s not really a matter of living in a state of discontent; it’s really just about getting a better result today, than the one I got yesterday. For me, innovation is driven by a desire to get a better result; a better result from the way I communicate; a better result in the outcomes I see in my students performance and understanding; a better result period!
In looking for the better result; I am no different than my primitive ancestor who sat watching two branches rub together in the wind; whose brow wrinkled with thought as he noticed a puff of smoke arise as a result of the friction. The better result starts with innovation; and innovation begins with noticing …

Unknown said…
Great post John... I can really identify with your isolation theory - at the moment i'm living and training just south of London, with another purple belt who takes a small class of between 4 and 12 guys. And not having yourself or other higher ranks that i normally train with,'on tap', it's forced me to be more creative, and work out techniques for myself, and that has definately helped my understanding of techinques and jiu jitsu in general.
I am looking forward to getting back to Oz in September though, just in time for the nationals i think.
Cheers,
Gerry.
8:37 am

I'm an Australian living in Jakarta, Indonesia, trawling 'round the web on a Friday afternoon with a late lunch. (I think things are more comfortable here than in '82. :-)).
Comment on innovation: very interseting. I work in the media and it's amazing to see how invested people are in the "traditional" media - print, tv, radio, when it's clear the internet is levelling the playing field and laying waste to old definitions. They're all capable, great journalists, with plyable skills, but hate the idea of evolution -- it's not just in the martial arts. Meanwhile, BJJ up here is evolving very well. :-)
Best, Tom
6:15 pm