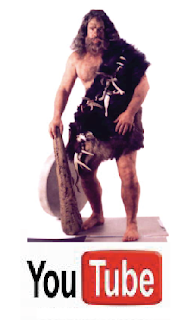 Remember back when you first got into the martial arts? For me, that was more than thirty years ago. There was no You-Tube, no internet, no DVD’s, very few books and the martial arts was a hobby, a passion, an obsession – but not yet a business. Back in those days it was a very different scene altogether; it was about getting together with a few like-minded friends in someone’s garage, sparring, swapping ideas and scouring second-hand bookstores for the odd book on anything relating to karate, boxing or the like. They were also the days of making your own equipment; very little existed in the way of protective gear, kickpads, etc. The local boot-maker became somewhat expert and at sewing canvas around heavy-duty foam to make proto-type kick-shields; he understood the intricacies of sewing baseball face-guards onto boxing headgear to make headgear worthy of our fumbling attempts at full contact sparring. The gear wasn’t shiny, the uniforms were often second-hand, You Tube didn’t exist – but boy, were we passionate!
Today’s world is different; for me, for other the other well-seasoned martial artists who have been around a few corners, and also for the newbie just getting into the game. As with all things, there are pro’s and there are con’s when comparing the old with the new; but all in all, today’s martial artist, is infinitely better off. But there were a few benefits to be had if you began your martial arts training in the B.Y.T (Before You Tube) era; and I’m sure that some of the older crew out there will agree.
Back then we absolutely had to be innovative. If the gear wasn’t available you had to invent it. Without You Tube and the avalanche of information available today, we had to get in there and experiment. Those were the times of trial and error, of learning hard lessons, of cuts, broken noses and knowing who you were and where you stood. There were no 8 year old black belts; in fact, there were very few black belts, period! But those who did wear that coveted rank, were usually hard-men in any case. Whether you were a Shotokan black belt or a TKD black belt, if you held that rank, you were made of tough material and could wear it with a certain amount of pride. Sadly today, this is not always the case; I guess much of what I don’t like about the martial arts scene today is driven by business.
To run a successful, profitable, commercial martial arts business, most schools have to put much of their focus on kids. In many instances that has devolved into basically a form of kids day-care tumbling class – or as my wife says ‘not practical enough to be martial arts – not disciplined enough to be gymnastics’. (she was a former gymnastics coach – old school: when they were expected to have blisters). In the USA particularly, I have seen many a ‘successful’ school, packed with junior black belts, who were barely old enough to tie their own shoelaces. Thank goodness for Velcro! How times have changed!

A.Y.T: (After you tube) A clip from my recent seminar in Auckland
Email Post

Hey John, who was the martial artist/author that you mentioned in your books that you really looked thatup to in your youth?
The one inspired you to travel the world for martial arts?