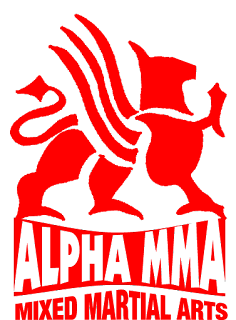 I can't believe the fantastic response to my new Alpha MMA curriculum ... I have had nearly 20 school owners buy it from me in the past two weeks. I put so much into it, in the way of both design and production, that I was quite pumped to be able to finally release it to the industry. I know that school owners are going to do really well from it, in fact, I have already had one message sent from friend and student Frank Monea in Melbourne who has been using it for several weeks now. I wanted to share this with my readership - as it has not only proved valuable to Frank as a training and business tool, but more importantly, it has saved one of his female students from serious injury or worse. This is a very big deal for me - as the whole point of developing and teaching martial arts (for me) is to empower people, both emotionally and physically. Thanks for taking the time Frank ... your letter is much appreciated.
For those interested, read on:

"Dear John,
Just wanted to drop you a line about your new Alpha MMA program that we recently purchased. We are up to lesson five but the feedback from the students has been nothing short of great. We've been trying out various other programs that didn't give the students the success in what they wanted, which was ability to handle themselves in a short period of time while giving them the fitness benefits they were looking for and a culture of friendliness and safety. For example, one of our female students, who had just joined the program, was recently thrown to the ground in a nightclub only to find that her first Alpha MMA lesson came out naturally.
To add further to this testimonial, I have several BJJ and MMA schools nearby, one of which is run by a very prominent BJJ/MMA instructor. Two students that have been training with this school for a year came to our second Alpha MMA class, where we taught the class exactly as it is in the manual and the DVD, making no alterations. The two new students made a comment that they learned more in that one session, got more out of that one session than they did training with the other BJJ/MMA school. They have both now joined the program for the whole year. They have done several lessons since then and have said that they can't wait to come to their next class because they get so much out of it.
I personally love the program, it's laid out in a simple ABC format. I simply hand the manual to my instructors, they follow it to the letter and it just makes life so much easier. We can teach rather than worrying about reinventing the wheel.
Thanks John for solving the problems we've had with how to teach an effective yet safe MMA program.
Kind regards,
Frank Monea
Director of KMA Challenge Centre
Melbourne, Australia"
Email Post

Anonymous said…
Hey John,
Im glad everything is going so well regarding the MMA curriculum. When and where can I get mine? I would love to use this is my gym, are there any sample video clips? I absolutely love my Master Class set, and the Mastering dvd. armbars

my email is brayjason@Gmail.com
7:28 pm

JBW said…
Hi,
thankd for your comment - there are two ways for people to order the new Alpha MMA Curriulum - if they are in Australia or NEw Zealand (PAL versions) they can buy through this site - bjj.com.au - if USA based - (NTSC) they can buy through the site: www.alphamma.com - but not for another couple of days. That site wil also have some clips up for you to take a look at.
if you liked the BJJ Curriculum - you are going to be lown away by this one. Better in many ways. And a load of material.
best wishes - I hope you jump on board - both my gut and my head tell me this is going to be huge.
Warmest regards,
John
7:53 pm

Anonymous said…
Thanks John, Will check it out man. My team and I really appreciate all the detail you and effort you put into your material. It has helped us out immensely, I got the gold medal in my 1st gi tournament in february and 2nd the other week in the advanced no gi tournament. I have all the videos on youtube.

My real goal is MMA though, so I am really excited about the alpha MMA curriculum. I will let you know how things go, thanks again John

JBW said…
Thanks Jason - I know you will love it. Thanks for the support and the thoughtful comments. Sounds like you are making great strides with your grappling - well done.
Warmest regards,
John
1:24 pm

Anonymous said…
Let me just add my commendation to this. Our crew is still buzzing from the first MMA seminar, and as I've been working through the cirriculum with some of my seniors I've been impressed (as I knew I would be)

The masterclass grappling cirriculum is superb. But the MMA one is better by orders of magnitude. The *only* true train the trainer I have seen in this format in the martial arts world.

JBW said…
Thanks Mike - I knew you would love it. I look forward to catching up with you and your fantastic team at year's end.
JBW
6:14 pm