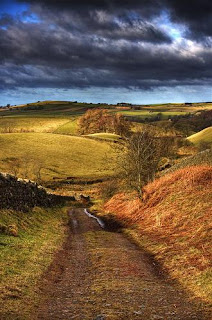 I am visiting my son Ronin in hospital several times each day -and it is remarkable how quickly things can change between visits. This morning he was in great spirits, having had most of the tubes removed from his body and able to even get into a wheelchair and head out into a garden area for a bit of sun for half an hour or so. But then this afternoon, after his usual battery of x-rays, blood-tests, etc were done, we were told that he had to have a couple of drainage tubes inserted in through his back to drain excess fluid building up in his lungs. This is an extraordinarily painful procedure and makes it impossible to sleep - he went through it all about five days ago and the prospect of going through it all again has been a big blow for him. he has had three major operations in the space of a week and it is beginning to take a toll on him - he is young after all; and has much to learn about dealing with adversity. What I see as five steps forward and one step back, he sees as one step forward and two steps back. I spent a bit of time today trying to help him see that he is now walking a road that very few people have ever walked; and each step down it will, if it doesn't kill him, make him stronger.
When faced with adversity, we should seize the opportunity for the growth and learning that it can offer; especially, when there is little or nothing we can physically do about it. The one thing we can always exert some measure of control over, is the way in which we think about things. The road less travelled, in my humble opinion, is not without - but rather within.
JBW
Email Post

Anonymous said…
All I can say is I hope I have the strength to see things the way you do, in such difficult times. So glad to hear how well Ronin is doing (now).

Liam H Wandi said…
Bless his heart and yours mate. Good to hear things are moving in the right direction.
2:08 am

Georgette said…
You are all still in my prayers. If he enjoys reading, I'd recommend two books right now..

The Road Less Travelled by M. Scott Peck, and The Alchemist, by Paulo Coelho.
3:43 am

Anonymous said…
John your comments reminded me of a favorite poem which I often recite when faced with 'challenge', this is the last passage:

"I shall be telling this with a sigh;
Somewhere ages and ages hence;
Two roads diverged in a wood,
and I;
I took the one less traveled by;
And that has made all the difference."
ROBERT FROST

Tell Ronin that one day he will be telling this tale to his grandchildren, and you to your great grandchildren. The blog is a wonderful non intrusive way of keeping up with how he is recovering. Tell him I'll come bearing baklava as soon as he is up to it! Love to you all, xx Pat Karnis
7:46 am

Anonymous said…
With a caring and wise father suh as yourself by his side, John I think your son will have the support and strength he needs for this battle.

There but for the grace of God go any of us, but Ronin sounds like he is in very good hands medically and has the loving support of those around him.

Good luck to Ronin and your family as you fight this battle. I know you'll conquer this challenge and emerge stronger out the other side.
8:25 am

Anonymous said…
Yes John the most wearing thing is the "its all good" then "there has been a hiccup." It does take a big emotional toll.
But you are dead on, it does make you so much stronger. You can tell Ronin from me that my ordeal (although different to yours - mine involved a baby) has made me a much better, and stronger person, and as another writer here says "what a story he will have to tell in the years ahead."
Good luck to you all.

JBW said…
Thanks everyone - I definitely 'feel the love' - and it does help. Thank You!
it's all up and own right now - each day is a new challenge; the body chemistry is a very complicated thing - and hospitals are not really the sterile environments we suppose them to be - there are heaps of bugs, staffs, funguses and other nasty things living there, just waiting for an opportunity to propogate in an unsuspecting and 'already weakened' victim.
Battles are being waged on several fronts right now - we are neck deep in tubes, IV's and pills. brutal stuff - but we are moving forward. I hung a ROAD LESS TRAVELLED poster up on his wall today - thanks for the great idea Pat!

ActaNonVerba said…
Just keep your head up Mr. John, everything will work out we just get going until we get to the point that it does. And that is the hardest part.. Always remember it'll get better, we just gotta get to the point to where it is better.. And everyone knows that Ronin is strong enough to make it.. So he will.