Once again into the breech ... 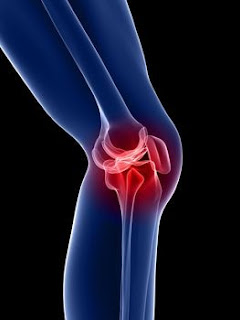 It’s been three weeks since my knee surgery and I am happy top be back into light rolling. Getting back into training as soon as possible is important to me … it keeps my mind ‘on the job’ but also, as long as I don’t re-injure, accelerates recovery.
In fact, speaking to one of my students today about it, I recalled an old training concept that Rigan Machado used to employ. He would nominate, before each bout, a limb that we weren’t allowed to use. Eg: Don’t use the left leg, right leg, left arm or the right arm. The interesting thing about this kind of training is that is specifically prepares you for when you need to fight injured. But on a more subtly level, it changes the way you fight. Your normal strategies, techniques and ‘go to’ moves are temporarily put on the shelf and you need to adapt, be creative and try new things. And that – is always healthy.
When ‘actually’ injured, or recovering from injury, it is important to not ‘re-injure’. We can choose to stay away from training/rolling for a safe period (say 6 weeks post knee-op) but in my case, I don’t want to go that route. I want to get back into ‘modified’ training/rolling as soon as it is practical to do so. I am not giving advice here – I am just sharing what I tend to do. The doctor/surgeon says six weeks – I say three. I am fairly certain that the six-week timeframe has a fair amount of ‘leeway’ built into it. I am Not an overweight office-worker; I AM motivated to get back to work; I DO understand my body and know how to use it; so I am trimming the ‘leeway’ and getting back into the fray. In fcat, I have just returned from teaching in Sydney all weekend.
On friday night I trained with Joe Ingrati and his son Chris at Maroubra - Joe runs a very successful TKD school and he and his boy are keen to add some of the BJJ principles into their regimen. The Ingrati's don't have an interest in running a BJJ school, but are nevertheless committed and passionate martial artists who are professional enough to stay in touch with what is going on in the larger martial arts environment. Nice.
After our session, Sam Dignam who had driven up from Wollongong, took me back down and to my hotel. The next morning, I worked with Sam and his students, and had pleasure in seeing a blue belt and purple belt awarded to two long-training students. After Wollongong, Sam took me back up to Sydney where I got together with martial arts legend Rick Spain. We worked out for a couple of hours before Sam continued his epic chauffeuring and drove me to BArgo where I trained with David and Jacqui Suker. After a fantastic session, Jacqui cooked up a storm and we all had dinner - Steve Perceval and Richard Sargeant (both BJJ Black BElts and great friends) had made the trip from Penrith!
I said my goodbyes to Sam and Steve and Richard drove me back to Penrith. After a night there, I taught Steve's students until lunchtime. We had a really good session, with Richard Sargeant joining in fresh of a 35 kilometre run which he started at 4:30am that morning. Legend! George Adams, who had driven over to join us, then drove me to Rick Spains again where I gave a two hour seminar on BAck Control. We had a great time, working on the technical aspects of that particular game. After that, it was back to the airport for the late flight home. After a monday off - I am back into it at my school this week.

Max said…
Good luck! And keep it easy.
After my recovery i got really excited i ended up getting hurt again.
2:24 am