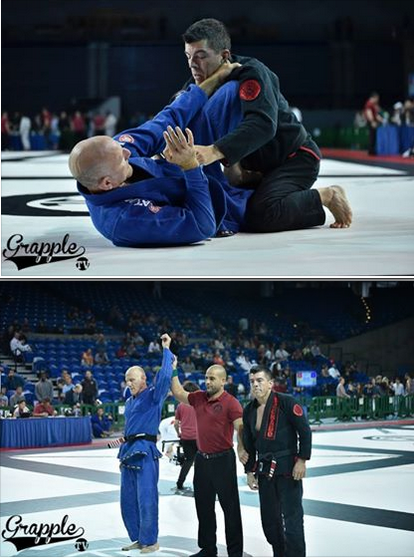 Below is a picture of my good friend David Meyer. He is a man of rock-solid ethics - and a person who I admire a lot. The world is so much more better off for having him in it - than not.

As martial arts instructors we can cause huge effects in the world; not only do the choices we make effect our own lives but they effect the lives of hundreds or even thousands of other people. This is why I try to live and act ‘deliberately’ and ‘mindfully’; through my actions, words and choices, I impact (both knowingly and unknowingly) on many other people’s lives; and that fact should demand my attention! I know many other instructors who are also mindful of this; mindful of their ‘responsibilities’ and are constantly striving to build positive and intelligent cultures in their schools. Sadly, I also know of certain types of instructors who sit at the other end of the ‘bell-curve’, they still lead by example, just a different kind of example.

In the end it doesn’t matter how many trophies and instructor has up on his wall; it doesn’t even matter (as much as he might think it does) how well he can fight/compete, etc; what really matters is how his life unfolds as a result of his actions and choices; and perhaps even much more importantly, how the lives of his students unfold as a result of his influence. The instructor influences many people’s lives; it is how he influences those lives that will eventually earn him the respect of his peers, family and wider community or consign him to a life soon forgotten or ignored by the world at large. JBW
Email Post