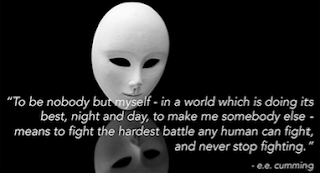 I have been on the receiving end of criticism many times. I call with perfect clarity, the time (in the early to mid 80’s) when I was trying to cobble together a holistic approach to martial arts training. I was advocating for a blend of stand-up striking, clinching, takedowns and ground-fighting. Several renowned names in the martial arts community, publicly announced that I didn’t know what I was doing. One even wrote (in print) ‘the mature martial artist doesn’t mix his martial arts’ - yikes!
Luckily, for me, I chose to ignore their opinions and forge forward on a path I instinctively knew would lead to a more well-wounded and functional approach to the art that so many of us now enjoy.
Someone once said, “Science is the belief in the ignorance of experts.” I think that is a great statement. We should question the status quo, we should experiment, test and question … that is how science is done; that is how progress is made.
An old friend of mine once said “the first through the door are often bloodied’ - another true observation! I say, be open to new ideas but also follow your heart. if there is no path leading in the direction you need to go - carve one. Others will smooth it out for you layer - but push forward! Warning though: this way to live often comes at a price. But then again - I'd pay that price 100 times over. To thyself be true.
- JBW
Email Post